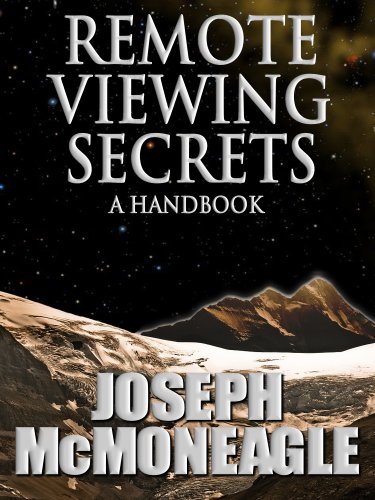 A Handbook mcmoneable, by Joseph McMoneagle, Published by Hampton Roads Publishing Company: Clicking on image takes you to Amazon. Joseph McMoneagle’s Remote Viewing Secrets is his is most penetrating discussion yet on the process of remote viewing.

The science of remote viewing addresses the issue of proving that the phenomenon exists, and this can range from detailed descriptions of laboratory set-ups to statistical analyses of numerical data.

Remote Viewing Secretsby Joseph McMoneagle, is a valuable process-oriented treatment of remote viewing, and a significant more general contribution to the growing literature in this new and rapidly growing field. McMoneagle’s third book on the subject of remote viewing, and it is by far the most in-depth exposition to date of his perspective on the way in which high-quality remote viewing should be accomplished. He begins by outlining the various levels of remote-viewing ability, and he crafts the useful analogy with martial arts where belts are used for ranking participants such as a “black belt” in karate.

He then describes from his own experience what remote viewing can and cannot accomplish, which is a useful point to make since so many people new to remote viewing mistakenly think that RV can be used to perceive just about anything with great accuracy, especially numbers on a lottery ball. 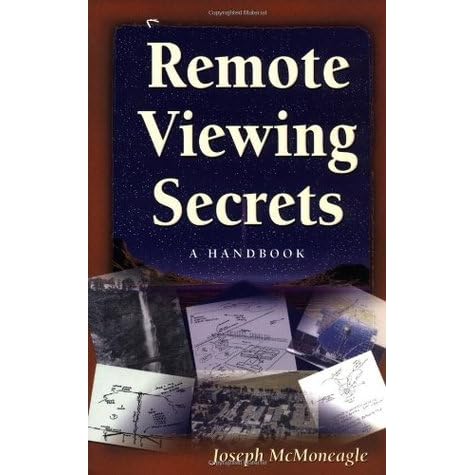 Indeed, it seems to be a remoet of Mr. McMoneagle that he seeks to restrain others from having unrealistic expectations with regard to both their own capabilities as remote viewers as well as the potential of the phenomenon of remote viewing itself.

In numerous places in this book it is clear that Mr. McMoneagle is vitally concerned about remote viewers as people, and in this respect he is probably one of the most cautionary voices in the practicing RV community at the current time. His view is that the mental state of the remote viewer is crucial to both the viewer’s success rate and the desirability of that person to participate in remote viewing in the first place.

Yet he sometimes seems to contradict himself when at one point he seems to suggest that only the most gifted individuals be selected for RV training, but then claims that almost anyone can become the equivalent of a black belt in remote viewing as long as they have the long-term motivation to do so.

I suggest that this apparent contradiction actually reflects a level of uncertainty that exists in the entire RV field, and Mr. McMoneagle is simply seeing the picture from various perspectives without firmly committing himself to only one point of view.

This is not a criticism of Mr. McMoneagle by any means, as no one really knows with certainty the parameters of what makes any particular person a good candidate for learning a remote viewing methodology.

Nonetheless, the cautionary side of Mr. McMoneagle’s voice is exceptionally welcome in this relatively new field where clear boundaries and parameters on a wide range of issues are yet to be established.

Much of the remainder of the book deals with a myriad of detailed subjects relating to the process of remote viewing. Sexrets includes how to keep records, types of targets, rsmote under which to remote view, times to remote view, discussions of various RV methodologies, meditation, dowsing, ethics, and more. In short, this book is a comprehensive treatment of Mr. McMoneagle’s overall perspective on the practice of remote viewing.

It is an invaluable book for those who want to obtain a background on the subject that has significant breadth.

McMoneagle’s appreciation for the science of remote viewing makes his perspective on the process of remote viewing all the more valuable. This book is a “must read” for anyone serious about learning how to remote view, and it is a highly recommended book for those with more modest aims who simply want to know more about the subject.

Remote Viewing Secrets: The Handbook for Developing and Extending Your Psychic Abilities All reviewers have a perspective from which they base their views My general approach to the creative works that I review here is to look at each item in terms of what affect it is likely to have on the people who watch, read, or listen to it. In particular, I look for aspects of a mmconeagle that will shed new light on the public’s understanding and appreciation of consciousness, life on Earth and viewwing, the future, spirituality, and especially politics.

Charlottesville, Virginia Clicking on image takes you to Amazon.